Just a week ago, Microsoft released its Patch Tuesday updates for all the supported versions of Windows 10. And now, the company has come up with new updates for Windows 10 versions 1709, 1803, and 1703. The cumulative updates released by the company do not include any security patches but has quite a few changes that have been rolled out. Here are the updates that Microsoft has rolled for the three versions of Windows 10.

The new update for version 1803 solves the issue of Microsoft Edge where it wouldn’t trigger the focusing event. The problem was when the focus event listener would shift focus to another event, then there is no trigger. Another problem that Microsoft addressed is sharing and timeline features for accounts that use Korean, Japanese, and Chinese languages. The issue of resolving display when help button (F1) is pressed is also resolved.

Some other updates that the company has done for Windows 10 1803 version include privacy issues through which apps obtain BroadFIleSystem access. This access was given with the consent of the user. The issue of third-party hotspots authentication has also been resolved in this update.

The issues addressed for version 1709 include the trigger focusing event and the display help issue. These two issues were resolved in the 1803 update as well. An issue of connecting to a different monitor after reconnecting to a session was also resolved in the 1709 update. The issue of overwriting in a shared file has also been resolved where Access Denied error was being received. A problem that was faced by group users was setting the same desktop wallpaper. The same wallpaper was not being set but the issue has now been resolved.

Downloads of Mark of the Web (MOTW) were not supported in the download location. This issue has now been resolved. The problem of 30 seconds delay when deleting or renaming a link in DFS Namespace has been resolved as well. Other issues resolved in the 1703 version update include trigger focusing event, hotspot authenticity, overwriting in a shared file, and 30-second delay in deleting and renaming DFS Namespace. 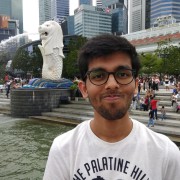 Umang is a tech geek currently working as an accountant as well as an offset designer at a printing and manufacturing firm.
Trending
Close
Close