The much-awaited Android Q Developer Preview may just be around the corner. A Google Pixel 2 running on the Android Q operating system has surfaced on the popular Geekbench benchmark database.

As can be seen in the Geekbench listing below, the smartphone’s actual marketing name is nowhere to be found. The model name is listed as “unknown AOSP on ARM64” but the “walleye” codename makes it quite clear that it is actually the Pixel 2. The Qualcomm Snapdragon 835 SoC and 4GB of RAM also help confirm the identity of the device.

The only interesting bit of information in the Geekbench listing is that the Pixel 2 unit was caught running on Google’s upcoming Android Q operating system instead of Android Pie. Even though Google hasn’t confirmed anything officially just yet, the Geekbench listing seems to suggest that the first Android Q Developer Preview may be released within the next few days. Just like last year, only Pixel smartphones will be eligible to receive the first Developer Preview.

The rest of you will need to wait until Google I/O 2019 in May, which is when we expect the Android Q Beta Program to go live. Google also opened an Android Q bug tracker earlier today, as spotted by XDA Developers Editor-in-Chief Mishaal Rahman. According to him, the tracker will begin featuring bug reports starting today. This could mean that Google might possibly be releasing the Android Q Developer Preview 1 before the end of the day.

While only a few Android smartphones were part of the Android Pie Beta Program last year, a longer list of smartphones is expected to be a part of the Android Q Beta Program this year. This means a larger number of users will have the option of trying out all the cool features of Google’s next Android release before the final version is released in the third quarter of the year. 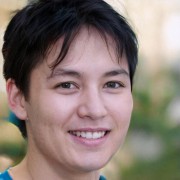 Tony is a law student who considers himself to be a smartphone guru. Apart from his perennial love for gadgets, he is also an avid movie buff and a staunch audiophile.
Trending
Close
Close