Apple’s new set of iPhones will be hitting the market this year itself. The new set of iPhones is something which a lot of people are looking forward to. Apart from a number of rumored features, the new iPhones will also be featuring Apple’s A13 chipsets. The new chipset will be manufactured by The Taiwan Semiconductor Manufacturing Company (TMSC) as per the latest reports.

TMSC to Manufacture A13 Chipset

As Wccftech reports, “TSMC will get all the A13 orders, allowing the company to further increase its market share in the foundry market. The silicon will be manufactured using an enhanced version of the 7nm process with extreme ultraviolet lithography (EUV)“. The volume-production of the chips are expected to be started in the second quarter of the year. That is not at all surprising given that the iPhones are expected to release in the latter half of the year.

Given that TMSC has been manufacturing chips for Apple since 2016, this is not surprising. Qualcomm and Huawei are also clients of TSMC, for their latest 7nm chipsets as well.  Although there were rumors that Samsung will be manufacturing it, it seems like Apple will be sticking to TSMC for the time being. CC Wei, CEO of TSMC, had earlier highlighted that the 7nm process will account for 25% of the company’s sales in 2019.

A number of chip makers have reportedly delayed the 7nm process because of the costs and difficulty in production. With the increasing demand, TSMC’s 7nm portfolio is further strengthened. It’ll be interesting to see how the new set of iPhones from Apple turn out to be. With a lot of expectations behind them, Apple is less likely to disappoint. 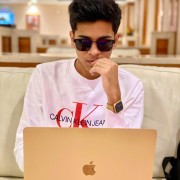 An ardent gamer and a tech enthusiast, Armughan loves writing about a variety of stuff. If he is not writing, you will definitely find him grinding in Rocket League.
Trending
Close
Close